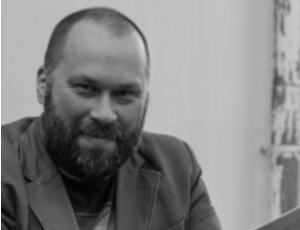 We have the pleasure to invite you for a research seminar in the ‘BIOUNCERTAINTY’ research project. The seminar will take place on Thursday, 17th of December, at 5:30pm on MS Teams (link below).

Abstract: In his 2016 Neuroethics article “Personal Identity, Direction of Change, and Neuroethics”, Kevin Tobia presents empirical data that suggest that (a) improvements of moral character are seen by study participants as more identity-preserving than similarly-sized deteriorations of moral character AND that (b) study participants are more willing to grant the right to withdraw from research to people who undergo an improvement rather than deterioration of their moral character. However, the study had an important limitation. Judgments of both (a) identity and (b) right to withdrawal were collected in conjunction, on a single scale: participants were asked to indicate on a 1–7 Likert scale whether they agreed (1) or disagreed (7) that the man after the surgery was the same person as John and should therefore be allowed to destroy the data. In this preregistered cross-linguistic replication, we attempt to replicate the original study and we also add new measures to look at (a) identity and (b) right to withdrawal judgments separately.

Vilius Dranseika works as a researcher at the Interdisciplinary Centre for Ethics at the Jagiellonian University in Kraków in the BIOUNCERTAINTY project (ERC Starting Grant). His recent work focuses on experimental philosophy, moral psychology and research ethics, in particular, he applies the methods of experimental philosophy to issues in philosophy of personal identity and memory. He has published recently in Consciousness and Cognition, Journal of Medical Ethics, The British Journal of Aesthetic, Psychological Bulletin, Oxford Studies in Experimental Philosophy, Bioethics, Noûs, Science and Engineering Ethics, Public Health Ethics.