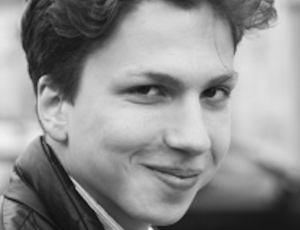 We have the pleasure to invite you for a research seminar in the ‘BIOUNCERTAINTY’ research project. The seminar will take place on Thursday, January 7th, at 5:30pm on MS Teams (link below).

Abstract: Elisabeth Brake starts her Minimizing Marriage from a serendipitous remark: „marriage is philosophically undertheorized.” Classical philosophical inquiries concentrate on societal or institutional function of marriage (Plato, Aristotle, St. Thomas) sexuality within marriage (St. Augustin), the contractual character of the institution (Kant), and spousal as ”unity” (Hegel). All those theoretical studies are included in „philosophical systems” and have a strong ethical dimension (philosophers rarely provided a detailed descriptive account of marriage).
In my paper, I would argue that in the case of marriage a conceptual framework of „essence” is philosophically untenable. My aim is to develop and rebut critical essentialism, the view that legal institutions (here: marriage) have moral essence (v. Finnis 2008; Girgis, George, Anderson 2010, 2012; Lee, George 2014) the law ought to reflect. This may help shed light on the debate over universal (gender/sex-blind) right to marry on European Convention of Human Rights. European Court of Human Rights developed two main arguments against the general right to marry: originalistic interpretation of the concept of marriage (see Shadid 2017) and argument from lack of European consensus (see Fenwick 2016). According to the Court article 12 „refers to the traditional marriage between persons of opposite biological sex” (Rees vs. United Kingdom §49). Some prefer to call it a „semantic” obstacle (Mercier 2007), but I argue it is due to the „undertheorized” comparing social kinds (and artefacts) to natural kinds; an assumption that both have some essential features that we can fail to recognize. Undermining the importance of calling for a „history” (v. Shahid 2017), „an essence” (Brake 2016a) or “a function” (Elder 2007) of the meaning of the analyzed artifact may support, along with a coherent reading of principles of justice, equal treatment, equal opportunity and neutrality, a construction of the revisited right to marry within the actual text of ECHR.

Bartosz Biskup - a PhD student at the Doctoral School of Social Science at the Jagiellonian University. A graduate of philosophy and law. He is preparing his PhD dissertation under prof. Adam Dyrda as a PhD student investigator in Preludium BIS grant („Critical approach to the concept of marriage: the anti-essentialist perspective.”). His main areas of research are philosophy of law, artifactual theory of law and Gender and the Law.