We have the pleasure to invite you for a research seminar in the ‘BIOUNCERTAINTY’ research project. The seminar will take place on Thursday, April 22nd, at 5:30pm on MS Teams (link below).

Abstract: Is the overall value of a world just the sum of values contributed by each value-bearing entity in that world? Additively separable axiologies (like total utilitarianism, prioritarianism, and critical level views) say "yes", but non-additive axiologies (like average utilitarianism, rank-discounted utilitarianism, and variable value views) say "no". This distinction is practically important: among other things, additive axiologies generally assign great importance to large changes in population size, and therefore tend to support strongly prioritizing the long-term survival of humanity over the interests of the present generation. Non-additive axiologies, on the other hand, need not support this kind of reasoning. We show, however, that when there is a large enough "background population" unaffected by our choices, a wide range of non-additive axiologies converge in their implications with some additive axiology -- for instance, average utilitarianism converges to critical-level utilitarianism and various egalitarian theories converge to prioritiarianism. We further argue that real-world background populations may be large enough to make these limit results practically significant. This means that arguments from the scale of potential future populations for the astronomical importance of avoiding existential catastrophe, and other arguments in practical ethics that seem to presuppose additive separability, may be truth-preserving in practice whether or not we accept additive separability as a basic axiological principle.

The talk is based on a joint paper by Christian Tarsney and Teruji Thomas.

Christian Tarsney currently is a postdoc with the Global Priorities Institute, in the Faculty of Philosophy at the University of Oxford. He is interested in questions in and around ethics and decision theory. Along with normative uncertainty and other problems at the intersection of ethics and decision theory, he has research interests in effective altruism, political philosophy (mainly from a PPE and EA perspective), and philosophy of time. 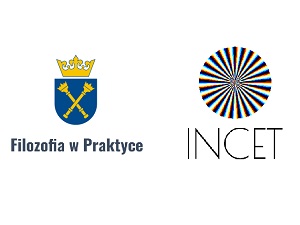